When I finally gasp to a stop, the monitor shows that my heart rate has averaged 174 beats per minute for the last 40 minutes. I’m a family and emergency room doctor, so I know that is well above normal. There’s a small pond of sweat beneath the exercise bike—my head pounds from dehydration. I felt a bit run down before heading to the gym, so I had planned on an easy workout. But then I turned on my bike’s computer, which is connected to data from all the other bikes at the gym. I started a new route on the app I use, and as I pedaled, it showed that I was only in third place for my whole gym. I could have slowed down, but I didn’t want to be any lower on the leaderboard.

I’m one of the younger members of my gym, and my pride was on the line. So I threw away my workout plan and instead idiotically chased a stranger’s time. The day after, I developed a fever and felt that getting up the stairs to bed was an insurmountable task. I did this to myself, and it’s not the first time. I’m a fitness app fanatic. Fitness apps such as Strava, Nike+ Run Club, and Espresso Bikes allow tens of millions of users to virtually race one another and even compete against Olympians. Though these apps can inspire to get out the door, experts say mobile fitness apps may be sabotaging people’s workouts and even putting them in danger.

The new generation of GPS-enabled fitness apps allows users to upload their segments (both routes traveled and times) with their smartphone. Strava is likely the most popular app of its kind for runners and cyclists, but it guards its user numbers closely. Strava is a website and mobile app that can be used for free, with a premium subscription that offers more functions. Premium users can look at their power data, “suffer scores” (the proportion of time spent near a user’s maximum heart rate), and compare them to the numbers of the fastest person, known as the King or Queen of the Mountain.

Users of Strava have a virtual community where they can choose to follow other athletes, comment on others’ efforts, and virtually complete. In “Challenges,” users run or cycle a certain distance in a given time, and people who complete them are eligible for badges that show up on their profile, as well as free or discounted merchandise. Strava is so ingrained in the athletic culture that there’s even a saying, “Strava, or it didn’t happen.”

Espresso Bikes also allows users worldwide to compete in races, but the data are loaded onto each stationary bike. The bikes provide a virtual course and calculate heart rate, power, speed, and distance. Users can compare themselves to others by gender, age, and even geographical location. Another popular app, Nike+ Run Club, builds a training plan for users based on responses to questions about their goals, fitness levels, and best performances that they input into their phone. It also allows people to compete against others. All of these features sound fantastic, but they can have a downside. 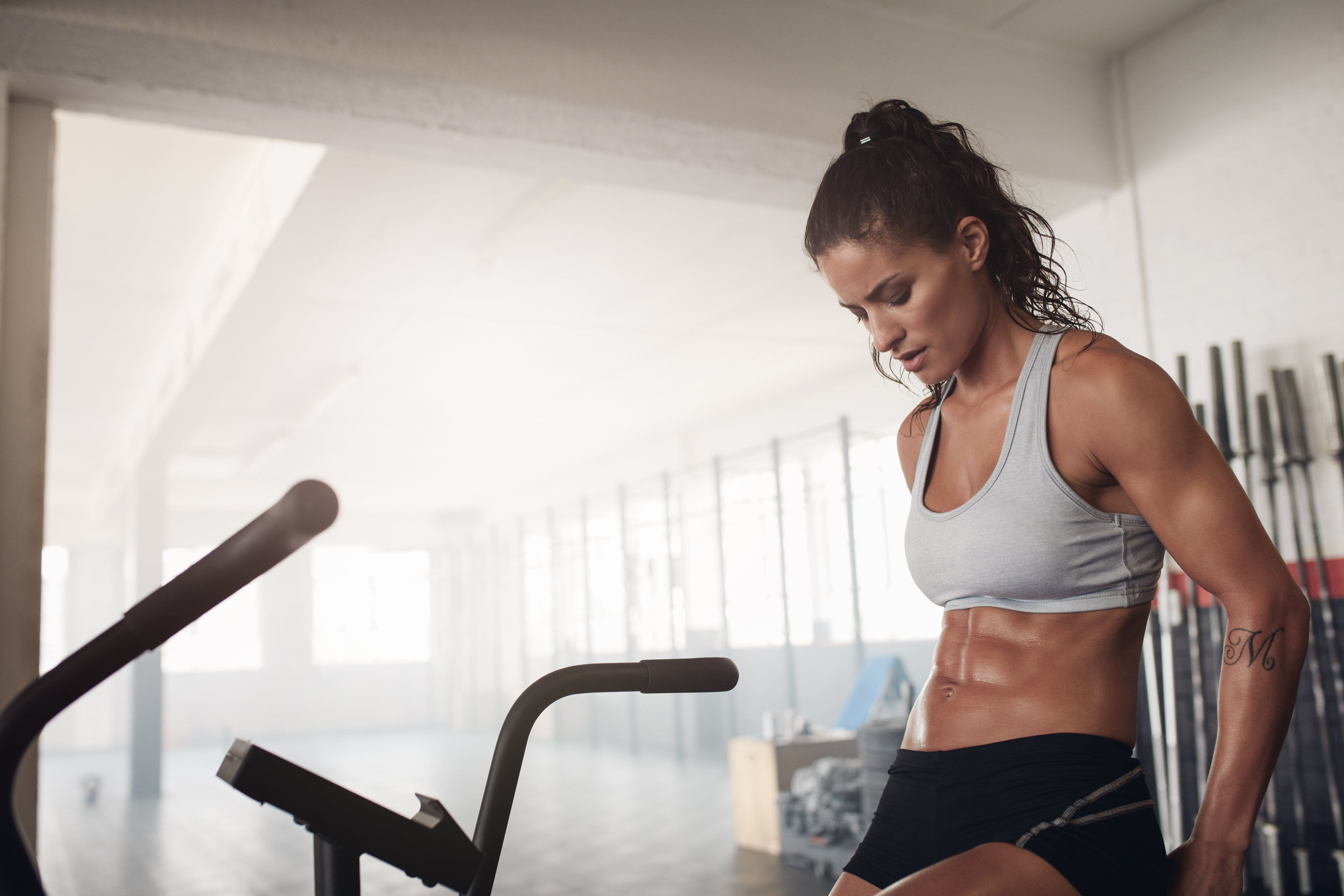 Steve Boyd, a renowned Canadian distance running coach, says the newest generation of fitness app platforms create “the perfect shit storm for causing people to throw their training plans out the window and just race every day.” He encourages the athletes he coaches not to use them, knowing that users work too hard and too regularly to make their online numbers look good and often end up injured.

Boyd, an accomplished master’s runner, gave up timing his own runs at all 20 years ago and prefers to run by feel. He says that some technology can be “completely counterproductive when it comes to maintaining a sensible, long-term training—or even just exercise—plan.” Two summers ago, Shaelyn Strachan, an associate professor in the psychology of exercise at the University of Manitoba, joined her brothers on Nike+ Run Club. She noticed that they got into a competition where they were trying to outrun each other, and she knew that wasn’t necessarily wise.

FITNESS GOALS SHOULD BE COMPASSIONATE

Strachan’s research, which will be published this month in the Journal of Sport and Exercise Psychology, has found that people who are compassionate towards themselves when pursuing fitness goals are significantly more likely to be successful than those who are self-critical and hard on themselves. She sees the competition set up by mobile fitness apps as the exact opposite of what people should be doing.

Strachan is also critical of apps that give people external goals, such as time or rank, because she says that self-determined goals, such as enjoyment or learning a new skill, are more likely to give athletes a sense of well-being. Fitness apps that foster competition can lead to racing. According to Strachan, workouts that turn into daily races make exercise less likely to be sustainable and may lead to burnout. Michael Stickland, a cyclist and a professor of pulmonary medicine at the University of Alberta, believes there are a time and a place for fitness apps. While he agrees that fitness apps have the advantage of helping people work harder, he also believes that they can lead to people over-training.

Stickland says that he has personally learned to use the technology appropriately. His secret? He regularly does workouts with his favorite app, Swift, turned off. Stickland refuses to use Strava because “this defeats the purpose of riding for fitness or personal challenge.” 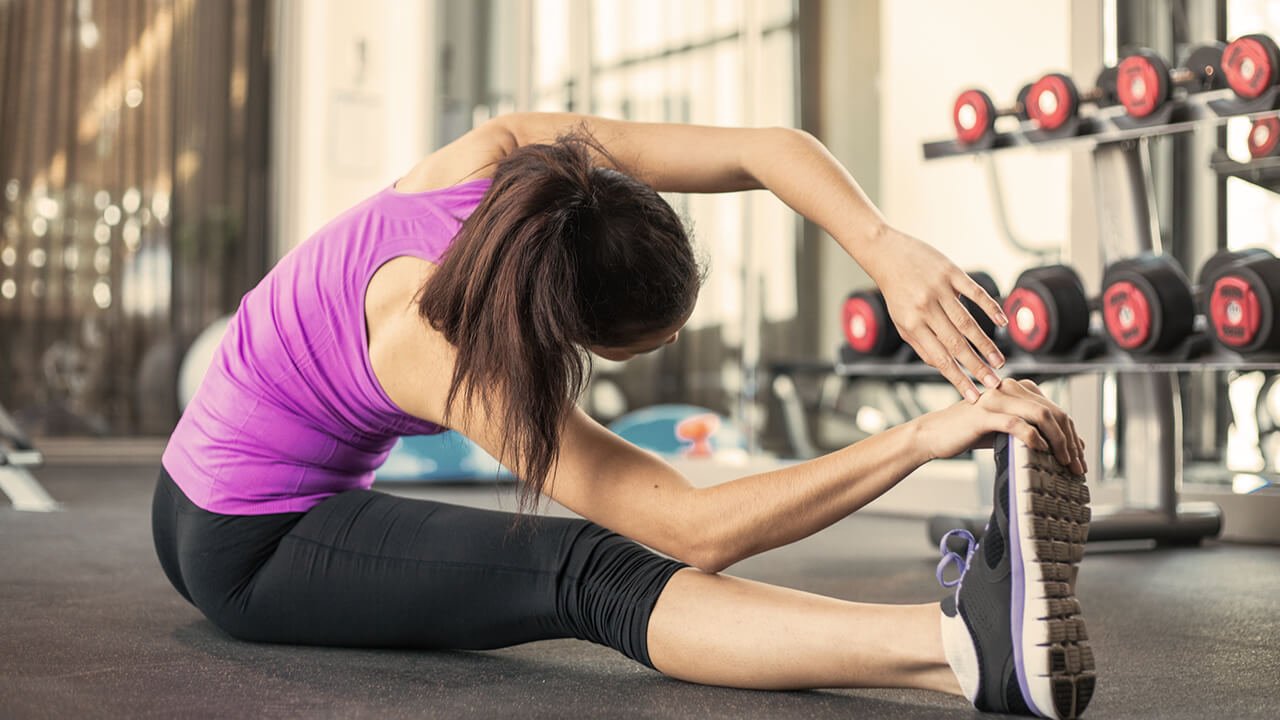 He also claims that “there are apparently lots of people that actually cheat Strava to win sections.” Strachan, like Boyd, believes that mobile fitness apps that encourage people to race every workout fly in the face of common sense. “I can’t imagine that anyone could stick to this approach for very long,” she says. Yet there is a disconnect between what experts say and what they do.“ While Strachan knows that these apps do not allow for much self-compassion and are at odds with quality motivation, she plans to go back to using one while running this summer. Though she hasn’t yet injured herself using the app, she confesses that it had led her to make “silly choices, like getting out of bed at 10 pm when my brother logged 0.2 miles more than me to run 0.3 miles just to beat him.”

Unfortunately, silly choices can cause injuries or worse.

In 2012, the parents of 41-year-old Californian William Flint tried to sue Strava, claiming that the app played a role in their son’s 2010 death. William Flint lost control of his bike and crashed while trying to regain his recently lost title of “King of the Mountain.” The case was eventually thrown out of court by a judge who said that Flint “assumed the risks of cycling.” Strachan says that people’s successful behavioral changes need to reach new fitness goals require they to choose a sustainable activity that people can imagine doing day in and day out.

Boyd’s option of training without technology, or Stickland’s choice of intermittent app use, might be more likely to produce happier, healthier, and less burnt-out athletes than daily fitness app use. Tomorrow, I will return to the gym after a two-week absence. You’ll find me on the non-computerized spin bike until my overly competitive alter-ego inevitably takes over again.